trinidad-and-tobago.realigro.com is the first worldwide real estate search engine where you can look up listings of homes for sale in Trinidad and Tobago

Property for sale in Trinidad and Tobago

Trinidad and Tobago is an island country in Central Caribbean, its capital is Port of Spain.

The nation's capital is a bustling shopping mall and it has numerous examples of colonial-style architecture and some tourist activities to do if you decide to stay here .

The country has recovered more slowly from the global financial crisis than some neighbouring countries, with property for sale prices falling by 20%. This is due to the fact that foreign buyers, who mainly come from Great Britain, Germany, the United States and Canada, were blocked by a requirement introduced in 2007 that foreign investors must obtain a license to purchase land and properties for sale in Tobago.

Foreign buyers of property for sale in Trinidad can purchase up to an acre of residential property without a license. In Tobago, on the other hand, no license was granted to foreign buyers because a license requirement was introduced in October 2007.

Buyers are required to pay 5% to 10% stamp duty, in addition to legal fees.

Trinidad and Tobago is one of the richest nations in the Caribbean. Trinidad depends a lot on oil and gas production.On the contrary many of its Caribbean neighboursrely on touris.,

In 2017, the country's overall inflation rate stood at 1.9%, down from 3.1% of the previous year and the lowest level in 52 years, according to the Central Bank of Trinidad and Tobago.

The construction sector is getting a boost from the "Vision 2020" government development plan, which consists mainly of new building projects of properties for sale in Trinidad and Tobago. While many local residents in Trinidad and Tobago are wealthy, 17% of the population lives below the poverty line. Crime involving drugs, guns and gangs remains a challenge, especially in Trinidad, with murders and abductions at the top of the list.

More news on the real estate market
Other 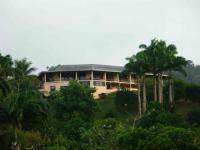 749,000.00USD
For sale
Villa
195.1 m²
Sunset Valley Estate is one of the most scenic properties in the Caribbean. The villa is perched along a ridge overlooking picturesque Englishman’s Ba...
Add to favourites Details
Cod. 27780 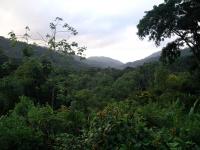 3,000,000.00USD
For sale
Farmland
0.93 m²
This is 300 acres of Land located on the North East Coast of the Republic of Trinidad and Tobago. the land is loaded with Teak, Cedar, mahogany and a...
Add to favourites Details 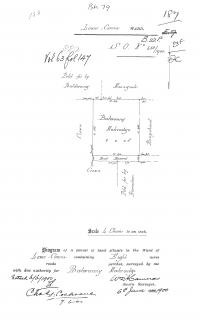 1,398,518.96USD
For sale
Farmland
29728.97 m²
Freehold land (8 acres) that is ideal for a developer with vision. The price listed is in Trinidad and Tobago currency but it is approximately equival...
Add to favourites Details

» Show more
Why choose Realigro?
There are many reasons for choosing Realigro. We summarized them in this beautiful infographic
Free
and Premium Services Check out how easy it is to sell or find your home with our Free and Premium services
Professional Services Discover how to increase your business opportunities
Collaboration between Property portals Do you have a property portal with a nationwide focus? Publish your database on Realigro.
Property for sale
» Other
2005-2021 REALIGRO REAL ESTATE LTD. All Rights Reserved - VAT Nr: 893969932
Neikos Digital Agency
BB